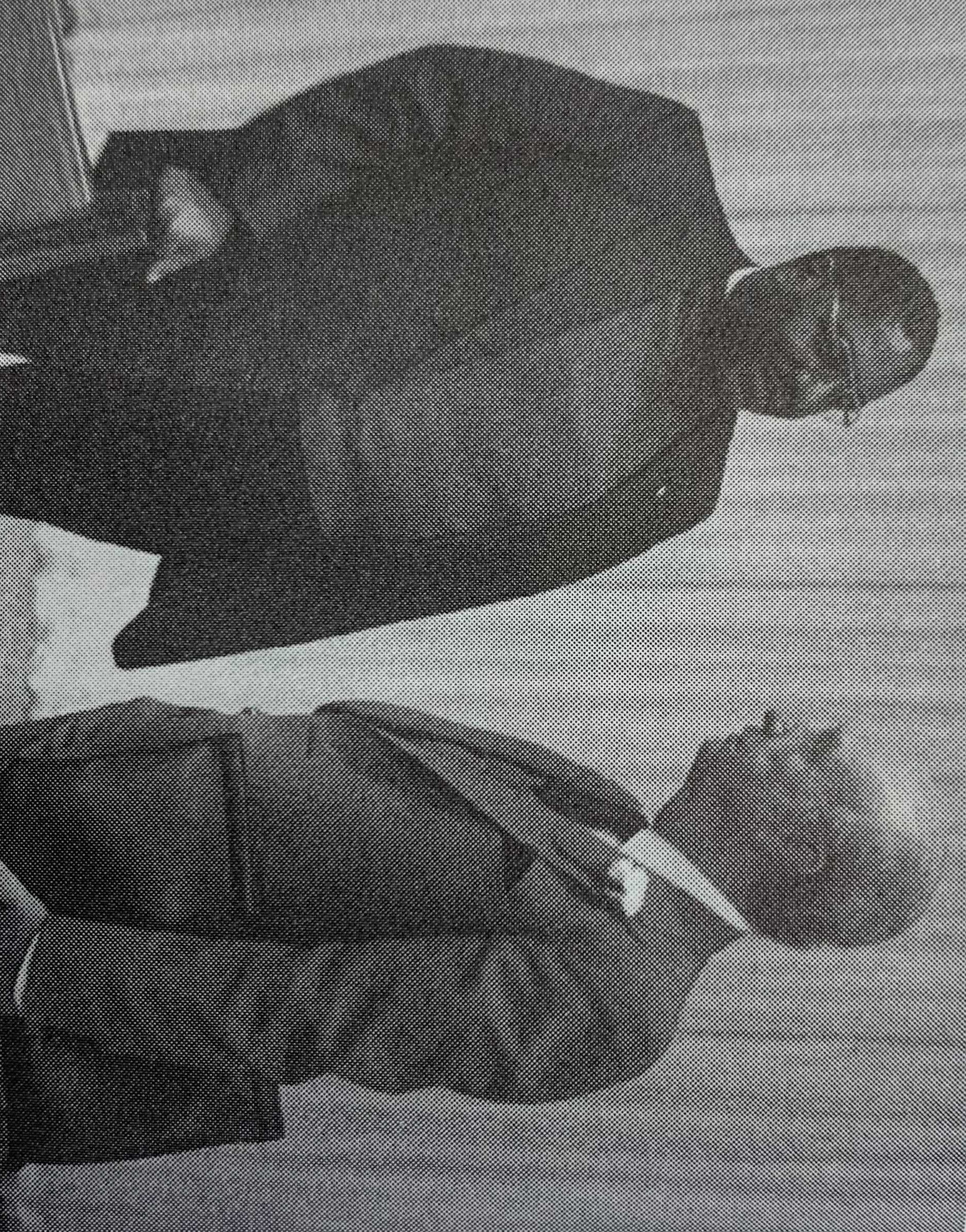 After Ellis Bush ended his period of service, J. N. Evans (gentleman on right in picture) served as interim Executive Director-Treasurer for one year from 1986-1987. J.N. Evans had been employed by the Home Mission Board for twelve years, working with state conventions in the eastern part of the United States. From 1961 to 1966, he had served as director of missions for the Baptist Convention of Maryland and had worked with the churches of central and eastern Pennsylvania and Southern New Jersey.