50 STORIES OF TRANSFORMATION: An Ode to God

LANSDOWNE, Pennsylvania (BRN) — “I have actually spoken the words that, ‘I will never be a pastor,’” said Reverend Paul James of Careview Community Church in Lansdowne, Pennsylvania.

James, now a third generation Baptist pastor and church planter, was not always keen on the idea of pursuing a career in ministry.

“Seeing what my father dealt with, pastoring seemed very pedestrian…it seemed custodial, it seemed not very exciting [and] it certainly seemed like you could not control your own fate with your body of work or what you were seeking to do.”

James continued: “I was very interested in music. Throughout my youth, my teenage years in particular, I started piano…maybe at eight… and eventually became a vocal major.”

After studying at Settlement Music School in the Philadelphia area, James won an Opera Theater Scholarship to Temple University.

“I had planned to have a career in concert music, and it became very clear that God was calling me to ministry. Later in my journey and walk with the Lord, it became apparent that I was supposed to be a pastor…I was supposed to care for people,” said James.

“For a while, I had great tension between my musical aspirations and my pastoral call. I finally landed on the fact that, and I don’t wanna sound condescending, but it’s just more important to serve God as a pastor than it is to have my own career in music.”

Music, however, has remained central to James’ ministry. He has involved himself with Careview’s worship band and several other musical projects within the church, including a jazz concert.

“Jazz fits with the kind of ex-urban demographic I appeal to and the multi-generational congregation that I have. I’ve done that [jazz concerts] several times over the years, as kind of harvest events of bringing people into my building that would never come to my building and never come to a worship service,” said James. 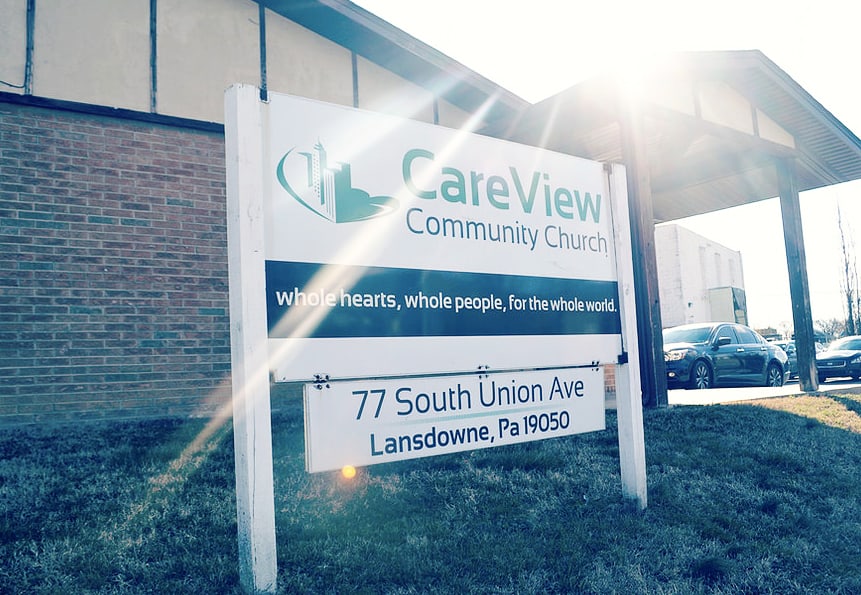 “The last time that we did that, it just happened to be Christian jazz musicians and the lead singer was singing this wonderful praise chorus, and then, all of a sudden, a worship service broke out at this jazz concert, which was just a phenomenal thing that I’ve never seen before.”

Along with the occasional jazz concert, Careview Community Church has grown and adopted many other outreach opportunities, since it was first planted by James 25 years ago.

“I probably will not write a book on church planting, because I did not plant the church in the classic fashion…in the terms of support and how you rally a team. I don’t regret the way I planted my church, but I was just kind of obeying the unction of the Holy Spirit and learning as I go,” said James.

“I think beginning in a hotel ballroom gave us a sense of the ecclesia – “the church.” From its inception, Careview has existed as a church that is called out…that it’s not just what happens in a building, or in a particular sacred space, but it’s our daily lifestyles as believers.”

“I encourage my people, in your surplus, if you have a stroller…or a crib…clothing items…whatever it is that you have in your home that you’re not using – that is in excellent condition – we want to just put it on the parking lot and let people just come and take it,” said James.

“It is a tremendous success, and it broke my heart the first time we did it. The need that hid in this – I call it ex-urban…it’s not technically suburban because it is the sprawl of Philadelphia – but I was just overwhelmed by the immigrant population and the single parents.”

James also shared that Careview’s outreach efforts stretch beyond their own streets and country.

“We’ve gone to different parts of Africa…in southern Africa places like Zimbabwe and Zambia…we’ve been to Libera in West Africa…most recently we went to Malawi, which is south central Africa.”

He continued: “Everywhere we go we feed people. We make sure there’s food, so people can eat when they come to hear the Gospel… we don’t just share the Gospel with them, but that we feed them and love on them.”

From humble beginnings in a hotel ballroom to now, a church involved heavily with its community and international missions, Reverend James and the people of Careview Community Church has watched God meet their needs and continuously quench their thirst.

“Careview is built on Isaiah chapter 55…it says, ‘Come all you who are thirsty,’  ‘come to the waters…’ (verse 1), and so there is a simplicity in coming to God, and this paradox that if you’re thirsty come to the waters,” said James.

“This is a beautiful image that God really is the Great Quencher of all thirst. Salvation is full and free, and a relationship with God is not about what we have to offer Him, but rather who He is that He offers to us.”

Listen to the podcast interview:

The “50 Stories of Transformation” series, told in honor of the Baptist Resource Network’s 50th anniversary, highlights the many ways God has moved throughout Pennsylvania, South Jersey and beyond. Your generous support of the Cooperative Program makes this ministry possible and fuels evangelism and outreach in our local churches and all over the world! Thank you!

Macala Leigey is a current Communications graduate student at Edinboro University. Her hobbies include broadcasting, photography, and collecting a random assortment of vinyl records. She also writes news for a local radio station in Erie.